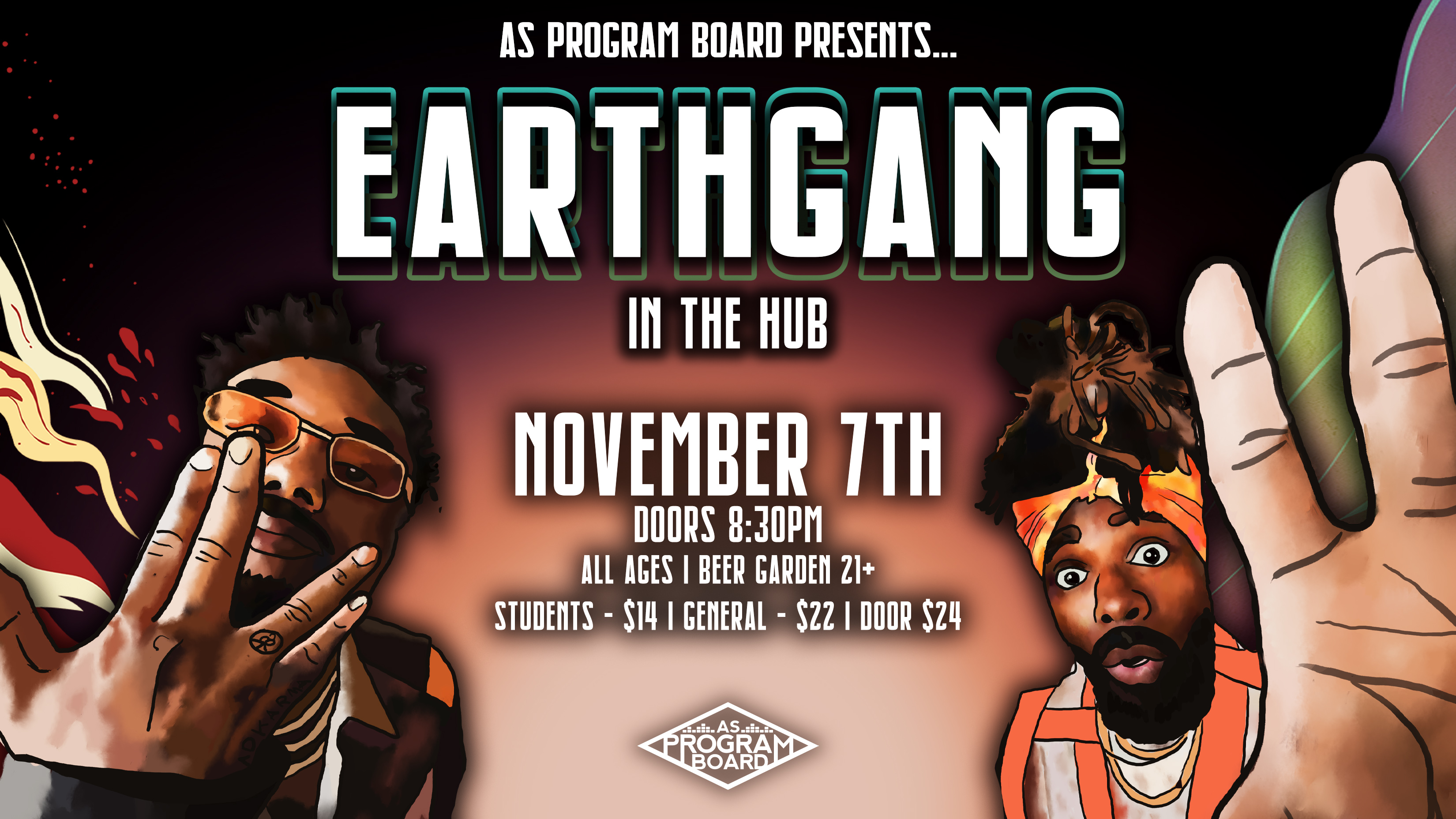 AS Program Board Presents… Earthgang in the Hub!

STUDENT TICKETS
(Use your PERM NUMBER as the PASSCODE)

Join us in welcoming hip hop in its purest form. As part of their headlining tour, Earthgang will be making a pit-stop in the hub. Unapologetically themselves, Earthgang describes their brand as freedom and loves “spreading awareness and just holding natural conversations with people.”

J.I.D, Young Thug, J. Cole, Smino, Saba, Kehlani – just a few of the artists that have collaborated with the duo. Nearly 4 million monthly Spotify listeners and over 100 million streams, this is not a show you want to miss.

Check out EARTHGANG below!

Tickets can be purchased online and at the AS Ticket Office (between the MCC and the UCen).