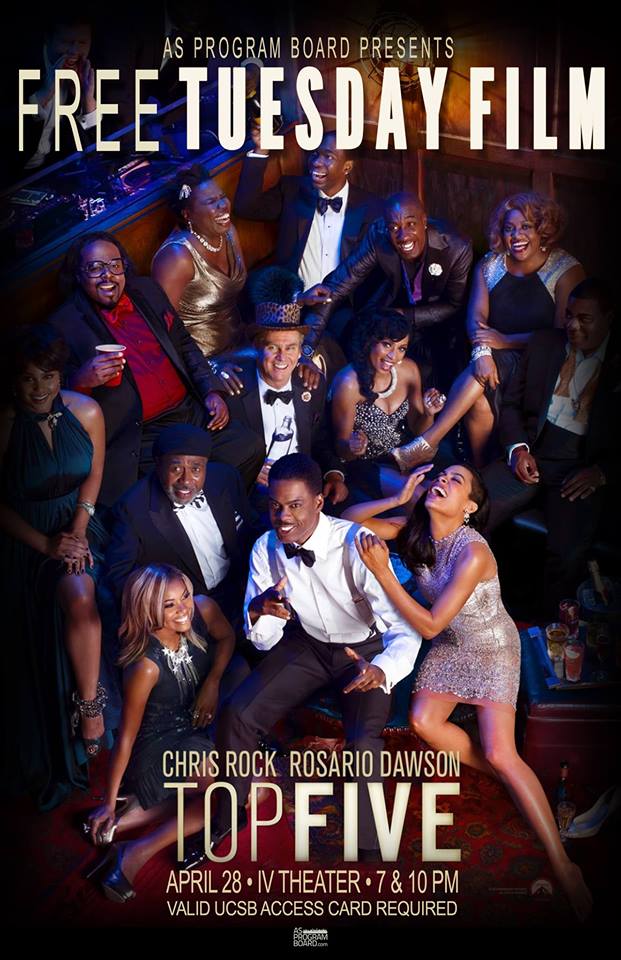 AS Program Board Presents… FREE TUESDAY FILM: Top Five with showings at 7:00pm & 10:00 pm in IV Theatre. As always, remember to bring your access card, some snacks, and some friends for a night of ~fun times~ Top Five: Though he began in stand-up comedy, Andre Allen (Chris Rock) hit the big-time as the star of a trilogy of action-comedies about a talking bear. Andre is forced to spend the day with Chelsea (Rosario Dawson) a profile writer for the New York Times, whose film critic has just panned Andre’s passion project about the Haitian Revolution. Unexpectedly, Andre opens up to Chelsea, and as they wind their way across New York, Andre tries to get back in touch with his comedic roots. Watch the trailer here: https://www.youtube.com/watch?v=jejCmmawzLY