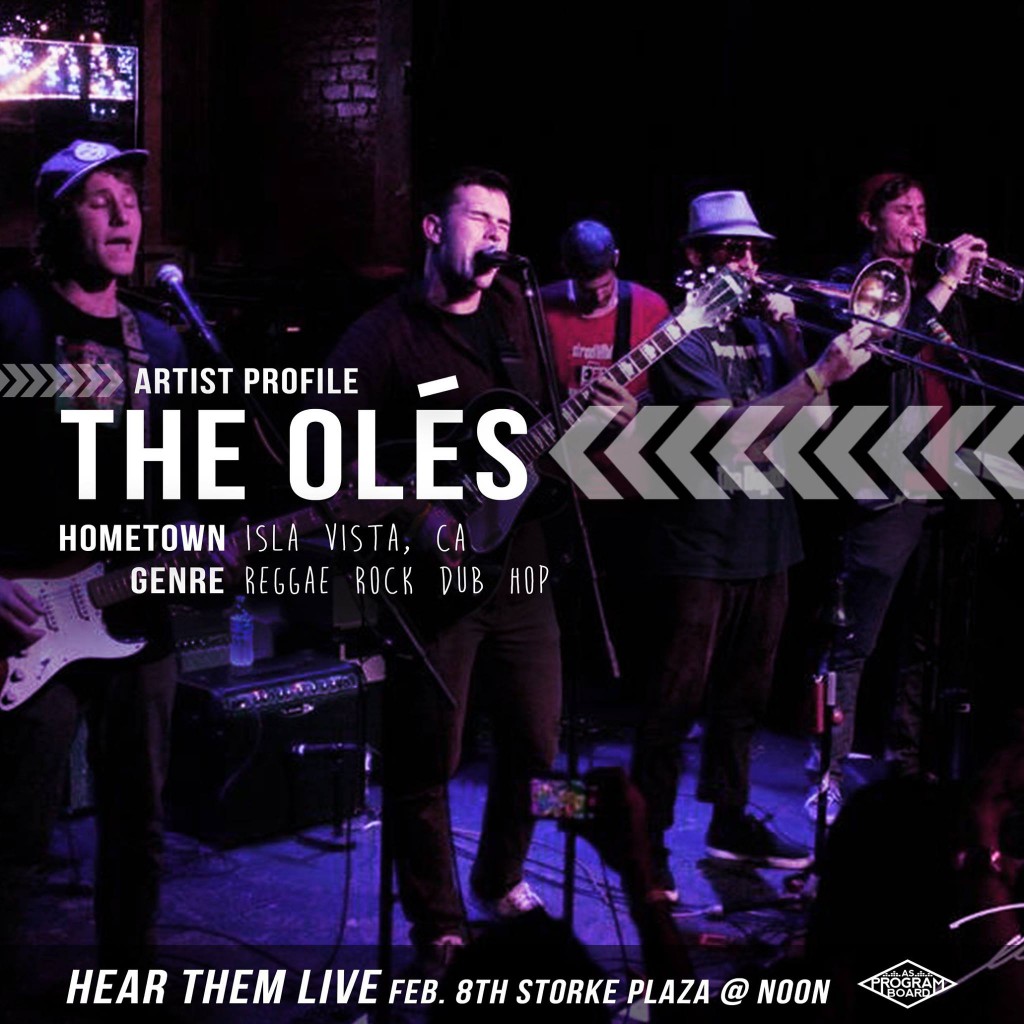 Don’t miss out on TODAY’s noon Storke Show featuring The Oles! The Oles have played shows all along the California coast, including local venues such as Soho and Velvet Jones. Come May The Oles will be opening Day 2 at the California Roots Festival featuring artists such Slightly Stoopid and Atmosphere! Be sure to check them out. Also, AS Media will be filming the event.