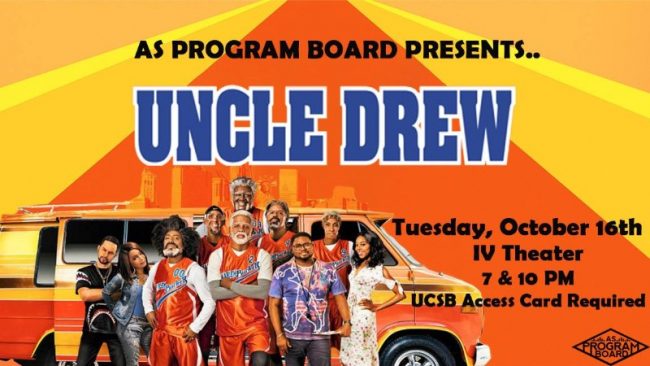 AS Program Board Presents… a free screening of Uncle Drew!

Come out to either the 7 or 10 o’clock showing for the next Free Tuesday Film of Fall quarter! Bring snacks, friends, and most importantly your ACCESS CARD for a good time and a great movie!