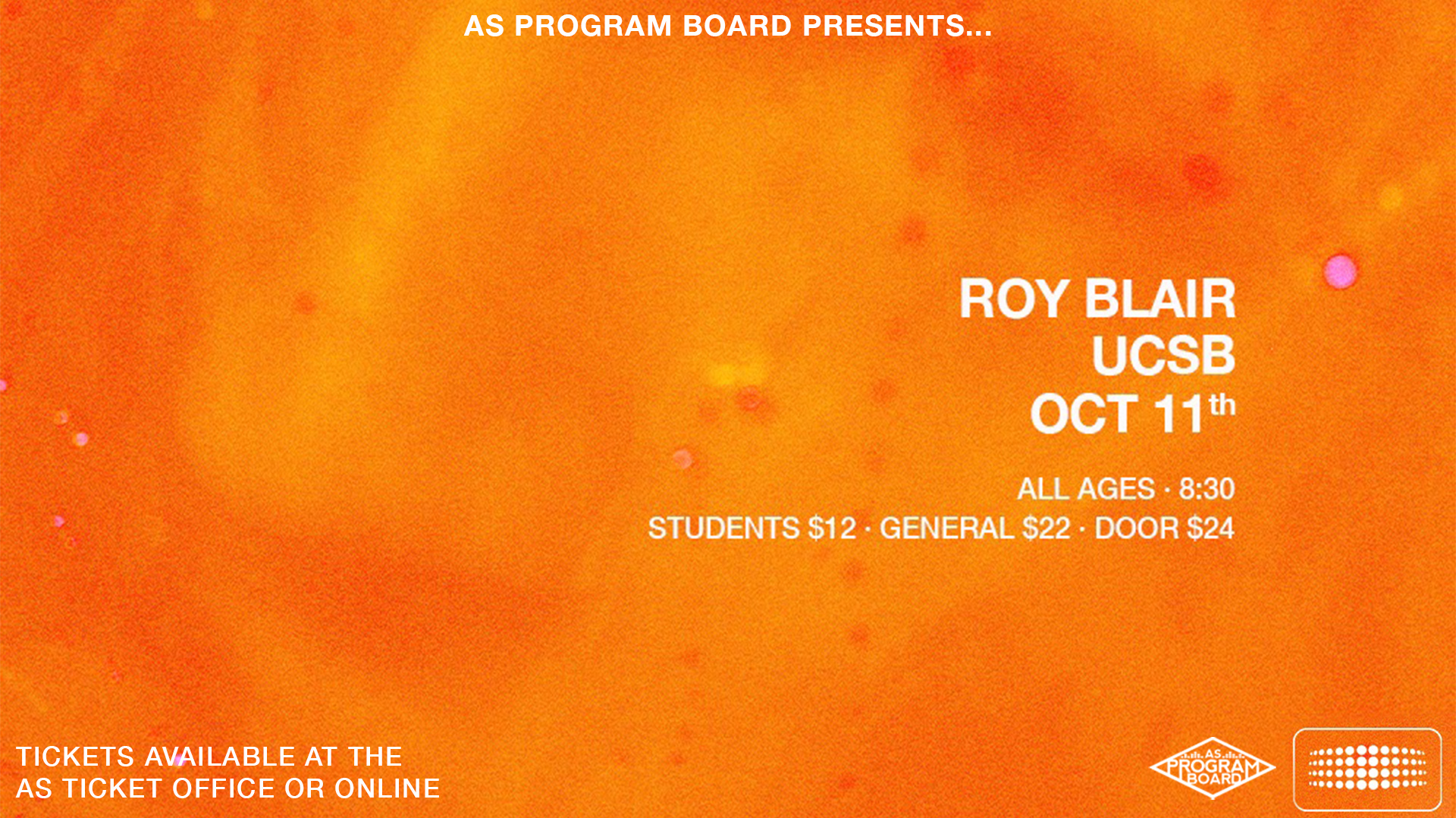 AS Program Board presents…

Roy Blair in the Hub

He most recently released his debut album, Cat Heaven, which straddles the slacker, guitar-led sounds of the early aughts, with the punch and energy of todays Hip-Hop. After its release, Roy Blair fans seemed to proliferate out of thin air, and in just a month he had emerged as an internet darling.

His first solo live show, performed to a sold-out Echo, took LA by storm and helped ignite a fandom reminiscent of the Bieber takeover. Since then, Cat Heaven has been streamed over 6.5 million times across Spotify and Apple Music.